Chelsea vs Liverpool: How Lampard could line-up against Liverpool without Ziyech and Chilwell

Chelsea will miss the services of up to four key players when they take on Liverpool on Sunday, September 20, in their first home match of the new season. Christian Pulisic headlines a list of the stars who will not play a role in the Premier League cracker. The winger was in fine form in the second half of last season before an injury suffered during the FA Cup against Arsenal slowing his form.

A message to Chelsea fans supporting from home. 🔵#CHELIV

He was due to face Brighton in Chelsea’s season opener but suffered a setback before the Amex Stadium trip. New signings Ben Chilwell and Hakim Ziyech are also yet to recover from their respective injuries, while Thiago Silva is understood to be lacking match fitness. 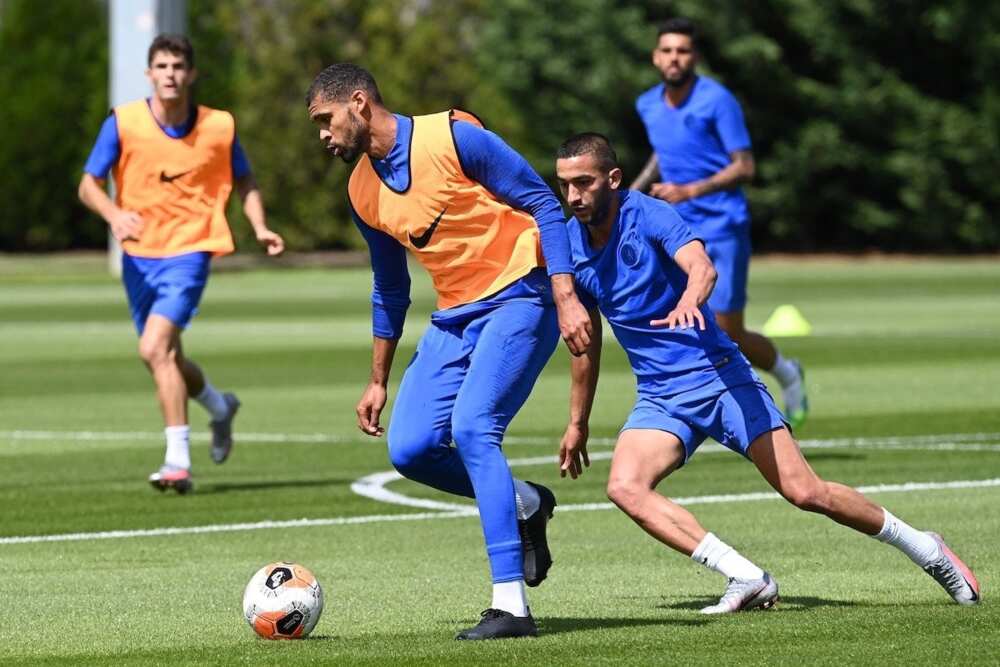 Chilwell is not ready for the game, neither is Christian Pulisic,” Lampard confirmed at his pre-match press conference.

Timo Werner and Kai Havertz are however fit to face the reigning champions, with Mason Mount and Hudson-Odoi likely to join the pair up front. Jorginho and N’Golo Kante could be drafted in the midfield, with Kurt Zouma and Rudiger providing cover in the heart of defence. 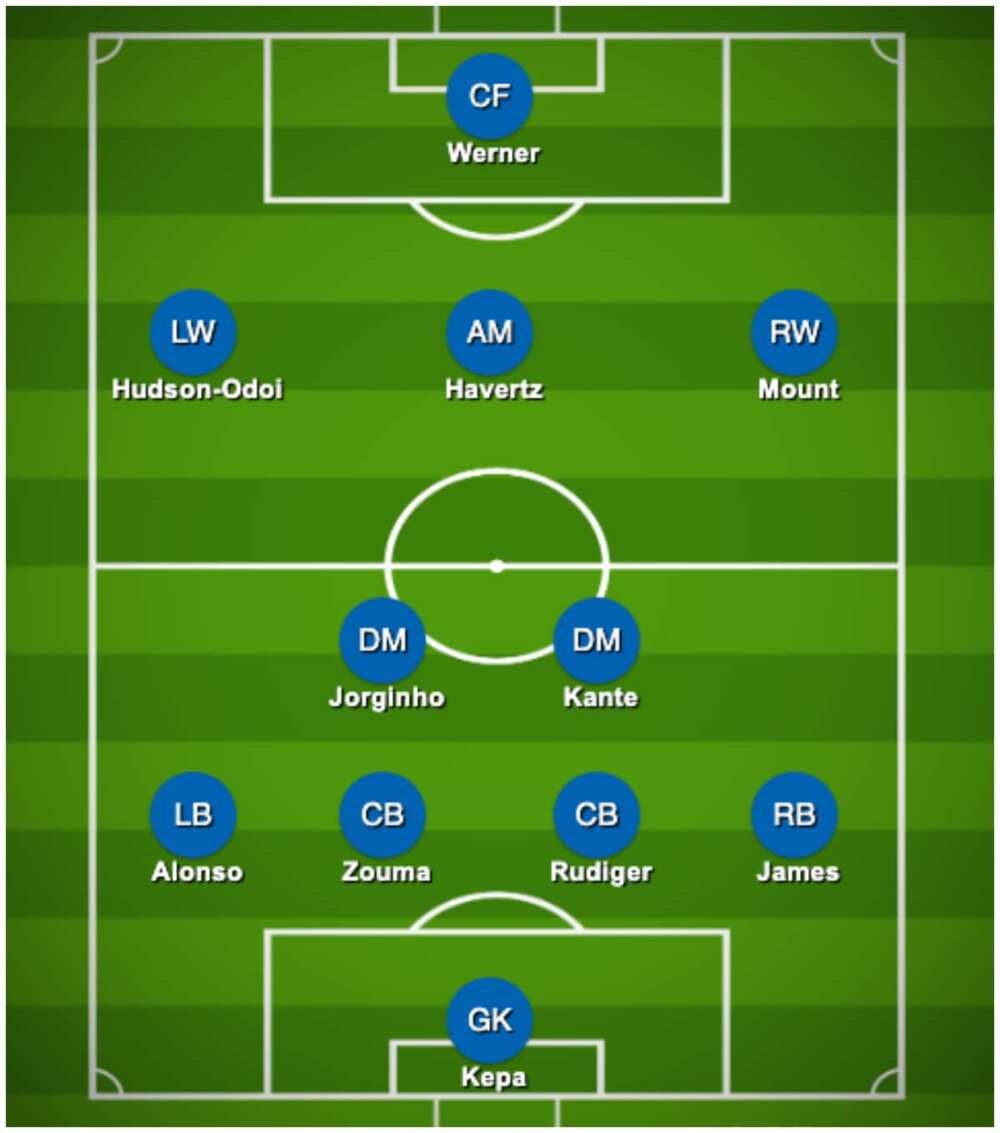 Chelsea vs Liverpool: Predicted Blues starting XI with Pulisic, Chilwell out. Photo: builduplineup.com. Source: UGC Marcos Alonso and Reece James could start on either flank of the back four as the erratic Kepa Arrizabalaga mans the goalposts.

Chelsea have agreed a massive deal with French club Rennes for the signing of their 28-year-old African goalkeeper Edouard Mendy. Chelsea had a goalkeeping crisis last season in the Premier League as first choice Kepa Arrizabalaga failed to impress the Stamford Bridge chiefs and fans. This made the Blues’ manager Frank Lampard to be looking for another goalkeeper this summer who will give Kepa a serious challenge.