Apparently pained by its loss in the just concluded Edo governorship election, the All Progressives Congress (APC) has sent a crucial message to the Peoples Democratic Party (PDP) ahead of the Ondo election.

Newsmen reports that the party’s candidate for the Edo election, Pastor Osagie Ize-Iyamu was roundly defeated by Governor Godwin Obaseki on Saturday, September 19

The Nation said that the All Progressives Congress (APC) in Ondo state disagreed with opposition political party that it would lose the October 10, governorship elections as the party did in last in Edo state. 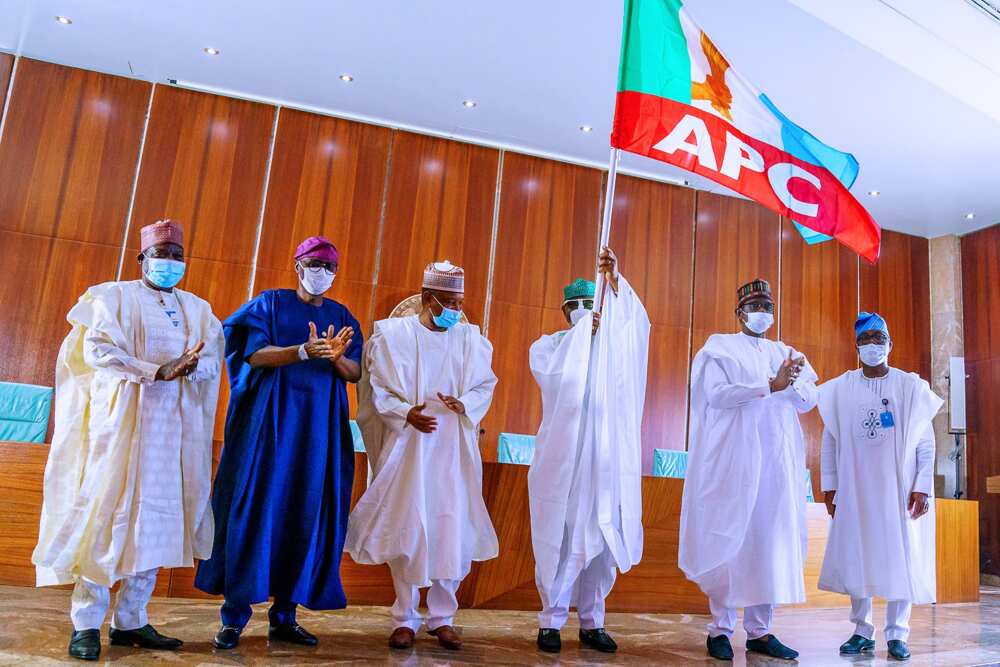 The party said the scenario in Edo was different from what currently obtained in Ondo state. Speaking on the forthcoming election in Ondo state, the spokesman for the party, Alex Kalejaiye, said the Ondo APC was united and that all stakeholders were working towards ensuring the electoral victory of the party’s flagbearer, Governor Oluwarotimi Akeredolu. He said that the so-called victory in Edo state was coloured by electoral fraud that would be challenged at the tribunal. “The APC in Edo state is full of hope that the denials at the election would be redressed in court. The Ondo state chapter is full of confidence that the good works of the Akeredolu led administration would speak in volumes during the election in October. “We are confident of victory, and the opposition parties are not unaware of the degree of popularity of the ruling party,” he said. In a statement issued in Akure after Obaseki’s victory, the candidate of the PDP, Eyitayo Jegede, said the Edo election result was a manifestation of the people’s conviction that the PDP was the credible alternative that could provide good governance for the people.

He said voters in Ondo were fully prepared to exercise their inalienable right to determining who governed the state, on October 10. “What has taken place in Edo thus beckons on our good people of Ondo State, to bear their destiny in their hands, by similarly rejecting these feudal lords posing as democratic leaders, and elect the PDP in the October 10 governorship election. “Our people should, in unison, make their choice known through the coming election, that they choose good governance and reject bad leadership,” he said.