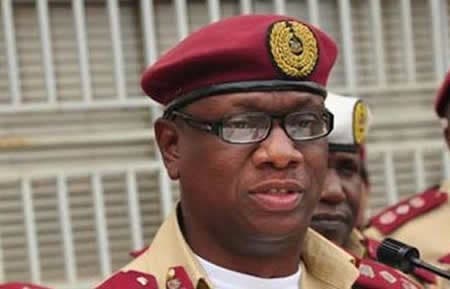 This was contained in a statement on Friday titled, Ondo Gubernatorial Election: Collaborate With Police To Enforce Restriction Of Vehicular Movement -Oyeyemi Orders Operatives’.

The statement signed Corps Public Education Officer, Bisi Kazeem, partly read, “Dr Boboye Oyeyemi has ordered operatives of the Corps drafted to cover the election to ensure effective collaboration with the Nigeria Police Force in the enforcement of restriction on vehicular movement.

“The corps operatives drafted to cover the election have equally been mandated to clear obstructions from the roads, carry out rescue operations in case of emergencies, maintain orderliness in polling booths, and the certification of INEC vehicles that will be used to convey electoral materials.”

Newsmen had earlier reported that the FRSC deployed 1,500 personnel to enforce the restriction of movement and other electoral laws during the October 10 election in Ondo.

How I was harrased by FSARS operatives – Lagos deputy gov