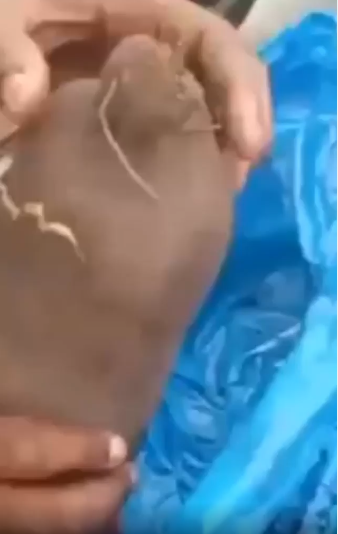 A Nigerian man has shared a video which captured moment he discovered weed in yams he was asked to deliver abroad.

According to the man, a friend asked him to make the delivery but he discovered the weed in the yam after he decided to go through what he was asked to deliver.  He further revealed that he is an ex-service man and his friend wants to ruin his life.

Watch the video below…